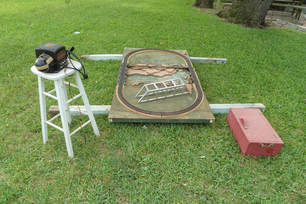 As written by Bruce McAtee...

I am writing this in regards to a conversation you had recently with my brother, Charles McAtee, about a train set that was built and given to us in either the late 1950’s or early 1960’s.  The engine and cars are from the late 1940’s.  I believe Charles made the red storage box when he was probable 9 or 10.  The engine and cars have always lived in it.  He has always been a wood builder.  In fact, he drew up the plans for our “Aunt” Hilda’s house when he was 12 or 13.
Our mother, Theresa McAtee was acquainted with the Johnson family and asked Rueben Johnson, father of John Johnson, about acquiring the set that you can see in the attached photos.
I remember that we kept the set in our garage because it took up quite bit of space for our small, modest home.  And I recall, all the time, with playing with it during a major storm when lightning struck the big pecan tree next door.  Scared us silly!  You could see the scorch marks on the swing and tree at Mrs. Kathryn Robins house for a really long time.  As time went on, it was stored in our grandmother’s chicken house, covered by an old white bedspread for a number of years.  Then it was stored in my parents storeroom at their newer house, all in Cameron.  I moved into my storage building sometime in the late 1990’s.  Instead of using duct tape that is popular today, our mother used adhesive tape because she was a nurse and that was what was readily available at the time for fixing things and so it was used on the track and transformer.  The outcome of this practice looks pretty sad as you can see in the photos.
From what I remember, Mr. Johnson had a really neat shop behind his house on 6th and Burns street in Cameron.  I always thought of it as magical in a mechanical/scientific way.  I have always had dreams that I was on the Mr. Wizard show of the 1950-1960’s and it took place in that old building.  And of course, to a kid, it was a really big building.  Sounds kind of weird or silly now.
And from what I can recall, Mr. Johnson was the person that built and installed the original miniature train and railway at Zilker Park in Austin, Tx.  We rode on this train numerous times back in the day.
The Johnson family were a wonderful part of Cameron history.  My memory is vague, but from what I remember, they were also close to the Rischar family whom we also had a close relationship.  The hospital in Cameron was named after Dr. Eduard Rischar—St. Edwards Hospital, our Aunt Hilda’s uncle. 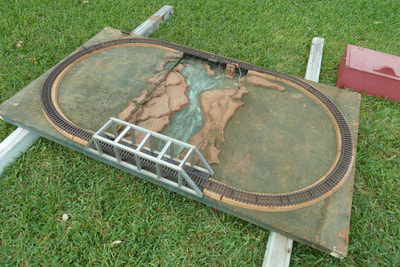 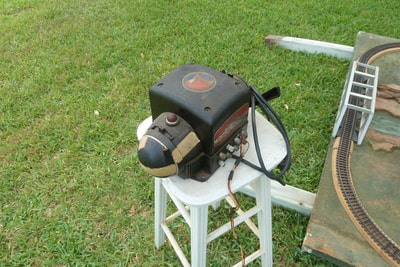 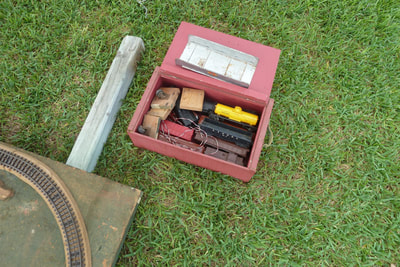 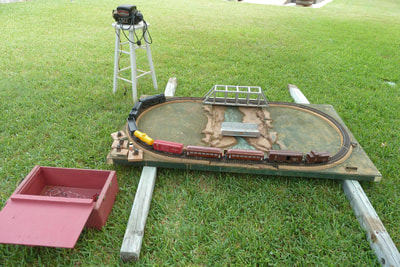 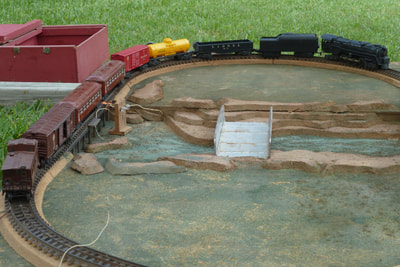